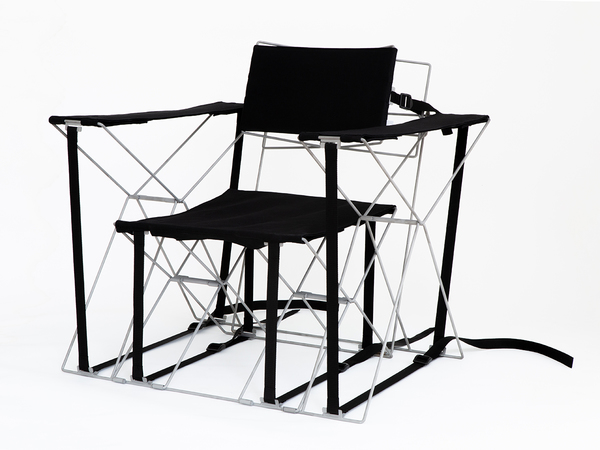 Okamoto has been releasing his sounds on the Dutch techno label "X-Trax" since 1997. He founded Kyouei design in 2006. In same year he held his first solo exhibition called "TWO DAYS & FOUR PRODUCTS" at the Shizuoka Prefectural Museum of Art. In 2010, the water clock was elected to the exhibition of Design Museum Holon (Israel) "the state of things" design and the 21st century. He is elected as an artist of the project called "100 artists of contemporary culture NOVA" held in Brazil 2010-2011. "Glass Tank" has been selected to be part of a permanent collection for the San Francisco Museum of Modern Art.2011.
2012.04-06. His solo exhibition "switch" was held at POLA MUSEUM ANNEX in Ginza, Tokyo. In same year Musical Table and Lightning Chair were exhibited, and did live performance at V&A museum in London. He elected an exhibition "Mark-ing" was organized by E&Y and British Council in 2011 and 2013. In 2014, Magnetic Field Record was exhibited at V&A Museum during the London Design Festival. He established a new outdoor gear brand "FIELD RECORD" in 2018. Since then he works as a designer whose practice integrates his other activities as an artist.